Whosoever annoynts his feete or hands, with the grease of a Woolfe: he shall not be hurt with any colde of his handes, or feete so annointed 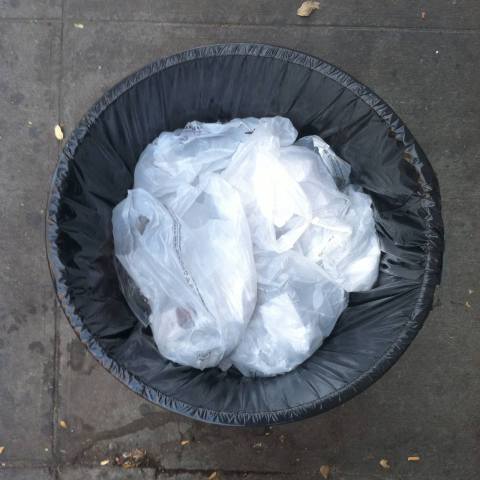 After genome sizes failed to fit notions of simplicity and complexity, researchers hypothesized that gene number—genes being the sections of the genome that encode proteins—might instead reflect them. For a few years, that seemed about right. Humans have about 22,000 genes while the mosquito Anopheles gambiae has about 14,000. Then, in 2007, an international team of researchers sequenced the genome of the plant-like sea anemones, marine creatures that lack muscles, heads, rear-ends, and brains. To their surprise, anemones had more genes than insects, including some genes that humans possess but flies do not. Even more perplexing: Sea anemones evolved before flies and humans, some 560 million years ago. That meant animals might have been genetically complex from the start. “When I was younger, and we knew less, we thought that organisms gained genes over millions of years and that the earliest animals were genetically very simple,” says Bill Pearson, a computational biologist at the University of Virginia who developed some of the first techniques to compare protein sequences among organisms. “We think that less now,” he adds…

It’s mutations that cause body parts to become simpler or more complex, so to see whether they naturally cause one state more often than the other, Jukka Jernvall, an evolutionary biologist at the University of Helsinki in Finland, experimented with teeth. According to the fossil record, mammals’ teeth went from tiny, pointy daggers 200 million years ago to more complex shapes with bumps and grooves. “For the first half of [mammals’] existence, teeth were pretty simple,” Jernvall says. “Then they went wild.”

Jernvall’s team induced mutations in genes involved in tooth formation in mice, and found that most of the mutations caused teeth to become simpler than they usually are. To form a more complex tooth, the team had to induce multiple molecular changes at once. The results suggest that reductions in complexity should evolve more easily than increases in complexity. Without pressure from the environment, teeth would have stayed simple. The fact that they did not means mammals with complex teeth were at a sizable advantage. Jernvall speculates that these mammals feasted on flowering plants that their pointy-toothed sisters could not grind. “Tooth complexity was ecologically driven through diet,” he says.

Jernvall’s study shows how complexity in tooth shape can evolve, but it does not speak to other trends in mammalian features, such as their number of vertebrae, changes in intelligence, or their number of genes. The sheer number of features for any given organism makes complexity an ineffable trait to grasp, says Dan McShea, an evolutionary biologist at Duke University in Durham, N.C. Shell designs and tooth bumps aren’t inherently perfect reflections of complexity, they’re just amenable to study. Furthermore, he says, people often choose to define complexity by what puts humans on top. If complexity were instead defined by features that allow an organism to survive successfully, he says cyanobacteria might be at the pinnacle level, because they have flourished for 3.5 billion years while many lineages of mammals have gone extinct within a fraction of that time. McShea warns, “This impression of directionality may be an illusion.”

Perhaps the fact that people are stunned whenever organisms become simpler says more about how the human mind organizes the world than about evolutionary processes. People are more comfortable envisioning increasing complexity through time instead of reversals or stasis.  read more

“It was while looking at Google’s scan of the Dewey Decimal Classification system that I saw my first one—the hand of the scanner operator completely obscuring the book’s table of contents,” writes the artist Benjamin Shaykin. What he saw disturbed him: it was a brown hand resting on a page of a beautiful old book, its index finger wrapped in a hot-pink condom-like covering. In the page’s lower corner, a watermark bore the words “Digitized by Google.”

There are several collections of Google hands around the Web, each one as creepy as the one Shaykin saw. A small but thriving subculture is documenting Google Books’ scanning process, in the form of Tumblrs, printed books, photographs, online videos, and gallery-based installations. Something new is happening here that brings together widespread nostalgia for paperbound books with our concerns about mass digitization. Scavengers obsessively comb through page after page of Google Books, hoping to stumble upon some glitch that hasn’t yet been unearthed. This phenomenon is most thoroughly documented on a Tumblr called The Art of Google Books, which collects two types of images: analog stains that are emblems of a paper book’s history and digital glitches that result from the scanning. On the site, the analog images show scads of marginalia written in antique script, library “date due” stamps from the mid-century, tobacco stains, wormholes, dust motes, and ghosts of flowers pressed between pages. On the digital side are pages photographed while being turned, resulting in radical warping and distortion; the solarizing of woodcuts owing to low-resolution imaging; sonnets transformed by software bugs into pixelated psychedelic patterns; and the ubiquitous images of workers’ hands.

The obsession with digital errors in Google Books arises from the sense that these mistakes are permanent, on the record. Earlier this month, Judge Denny Chin ruled that Google’s scanning, en masse, of millions of books to make them searchable is legal. In the future, more and more people will consult Google’s scans. Because of the speed and volume with which Google is executing the project, the company can’t possibly identify and correct all of the disturbances in what is supposed to be a seamless interface. There’s little doubt that generations to come will be stuck with both these antique stains and workers’ hands.  read more

You are currently browsing entries tagged with brown university at my nerves are bad to-night.