“Coffee,” Rossini told me, “is an affair of fifteen or twenty days; just the right amount of time, fortunately, to write an opera.” This is true. But the length of time during which one can enjoy the benefits of coffee can be extended.

For a while – for a week or two at most – you can obtain the right amount of stimulation with one, then two cups of coffee brewed from beans that have been crushed with gradually increasing force and infused with hot water.

For another week, by decreasing the amount of water used, by pulverizing the coffee even more finely, and by infusing the grounds with cold water, you can continue to obtain the same cerebral power.

When you have produced the finest grind with the least water possible, you double the dose by drinking two cups at a time; particularly vigorous constitutions can tolerate three cups. In this manner one can continue working for several more days.

Finally, I have discovered a horrible, rather brutal method that I recommend only to men of excessive vigor, men with thick black hair and skin covered with liver spots, men with big square hands and legs shaped like bowling pins. It is a question of using finely pulverized, dense coffee, cold and anhydrous, consumed on an empty stomach. This coffee falls into your stomach, a sack whose velvety interior is lined with tapestries of suckers and papillae. The coffee finds nothing else in the sack, and so it attacks these delicate and voluptuous linings; it acts like a food and demands digestive juices; it wrings and twists the stomach for these juices, appealing as a pythoness appeals to her god; it brutalizes these beautiful stomach linings as a wagon master abuses ponies; the plexus becomes inflamed; sparks shoot all the way up to the brain. From that moment on, everything becomes agitated. Ideas quick-march into motion like battalions of a grand army to its legendary fighting ground, and the battle rages. Memories charge in, bright flags on high; the cavalry of metaphor deploys with a magnificent gallop; the artillery of logic rushes up with clattering wagons and cartridges; on imagination’s orders, sharpshooters sight and fire; forms and shapes and characters rear up; the paper is spread with ink – for the nightly labor begins and ends with torrents of this black water, as a battle opens and concludes with black powder.

I recommended this way of drinking coffee to a friend of mine, who absolutely wanted to finish a job promised for the next day: he thoughthe’d been poisoned and took to his bed, which he guarded like a married man. He was tall, blond, slender and had thinning hair; he apparently had a stomach of papier-mache. There has been, on my part, a failure of observation.  read more

there are some authors who employ their talent in the delicate description of varying states of the soul, character traits etc. I shall not be counted among these. All that accumulation of realistic detail, with clearly differentiated characters hogging the limelight, has always seemed pure bullshit to me 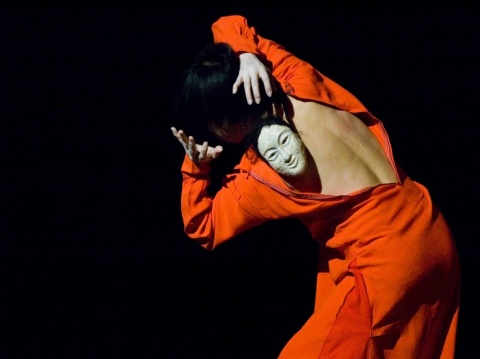 In The London Spy (1703), Ned Ward described coffee as a ‘Mahometan gruel’, whilst in 1665 an anonymous description of The Character of a Coffee-House insisted on its title-page that ‘When Coffee once was vended here, / The Alc’ron shortly did appear’. Another anonymous writer launched A Broadside against Coffee: or, The Marriage of the Turk in 1672.

Recognising the foreign roots of this increasingly popular drink, English writers worried that the potency of the fashionable beverage might cause imbibers to ‘turn Turk’, or become muslims. This was a surprisingly common fear in the sixteenth and seventeenth centuries, as Matar has shown, fuelled by stories of Englishmen prospering as muslims. Stories of conversion and compulsion persisted, despite the fact that Islam was much more tolerant of other religions than were the Christian churches and that the Qur’an accords a special place to the two other religions of the book: Christianity and Judaism.

Coffee might affect body and soul together: changing the complexion to a swarthier hue and, as ‘an ugly Turkish enchantress’, putting the drinker under the ‘spell’ of another religion (The city-wifes petition against coffee (1700)). In 1663, the writer of a broadsheet description of A Cup of Coffee: or Coffee in its Colours complained:

For Men and Christians to turn Turks, and think
T’excuse the Crime because ’tis in their drink,
Is more then Magick, and does plainly tell
Coffee’s extraction has its heats from hell.

The complaint at coffee and its apostasizing effects seems to have had numerous causes: a patriotic attempt to keep native industries alive by persuading Englishmen to keep drinking the more traditional ale and beer; a fear of the very real military might of the Ottoman Empire; and a way to explain the physical effects of coffee (argued by some to be an aphrodisiac, whilst others complained it turned English husbands into ‘Eunuchs’).  read more

You are currently browsing entries tagged with coffee at my nerves are bad to-night.