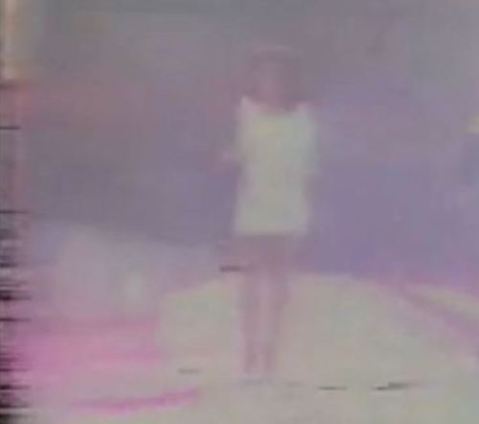 A couple of weeks ago, we published a post that featured Galileo’s Moon drawings, “the first realistic depictions of the moon in history.” As it turns out—some readers alerted us—some of the Moon illustrations attributed to Galileo are actually very convincing forgeries, so convincing, in fact that when the drawings surfaced in 2005, they initially swayed such experts as rare books dealer Richard Lan, Harvard professor of astronomy and history of science Owen Gingerich, and art historian Horst Bredekamp. All of these experts have since come to learn—partially through the investigations of Georgia State University historian Nick Wilding—that an unusual edition containing detailed watercolors, purportedly in Galileo’s own hand (above and below), was in fact created by forger, book thief, and former director of the State Library of Girolamini, Marino Massimo De Caro, who now stands accused of stealing thousands of volumes, including centuries-old editions of Aristotle, Descartes, Galileo and Machiavelli.  read more

as I waited I thought there’s nothing like a confession to make one look mad; and that of all confessions a written one is the most detrimental of all

The Federal Bureau of Investigation has definitively certified each work in the exhibition as a fake. Nevertheless, some contested works have historically occupied a limbo in which the very criteria for determining what is authentic and what is a forgery have been in a constant state of flux.  read more

The modern attitude toward forgery seems then to involve a number of features, some of which only gradually developed late in the Renaissance or after. One is the belief that works of art of all periods have a certain intrinsic value and that their historical and stylistic character should be respected, including, to some degree at least, the inevitable changes wrought by time. This belief was not held by early modern collectors of ancient art, or, for that matter, by church authorities and others who commissioned new versions of the images of the Madonna attributed to Saint Luke. Another requirement is the existence of an active art market. Finally, there has to be some widely accepted mechanism for determining the authenticity of the objects bought and sold in that market.

The art market as such began to develop in the later sixteenth century, and has continued to expand ever since. Like many other scholars, Lenain singles out the seventeenth-century Roman physician and writer on art Giulio Mancini as a pioneer in the discussion of what was later called connoisseurship, concentrating on his treatment of the expertise required to distinguish between an original and a copy. Mancini recommended that collectors should try to acquire at least a basic level of such expertise, and suggested ways in which they could do so. It is important to bear in mind, however, that this expertise did not cover the ability to identify the authors of works of art of the past. Mancini did not dissent from the conventional belief that the final authorities in all such matters were practicing artists, and this remained the general view until the nineteenth century.

Such artists certainly possessed a degree of knowledge beyond that of almost every amateur, simply because they knew how to paint or carve, and had studied by copying the works of others. But it is evident from inventories and sale catalogs that even in the late eighteenth century attributions were often highly optimistic and unreliable. This is not surprising, given the still primitive knowledge of art history and the absence of photographs and other reproductions. It is usually impossible to say whether copies or pastiches from that period, which survive in great numbers, were made as forgeries or in good faith.

By the middle of the nineteenth century, there is no doubt about the existence of art forgery as a significant phenomenon. It coincided with the emergence of professional connoisseurs, who claimed a particular expertise in identifying the authors of works of art, and, inevitably, in the detection of forgeries. Few of the connoisseurs had been trained as artists, and none of them continued to practice as such. But they had broad firsthand knowledge of works of art, usually a familiarity with the developing study of the history of art, and were normally associated in some way with the increasing numbers of art museums.

As both Lenain and Keats stress, the task of the forger is not just to create a work of art in the style of another artist, but to do so in such a way that it meets the expectations of a connoisseur and gives him (or very rarely her) the frisson of having made a discovery. Thus Hans van Meegeren, the celebrated Dutch forger of Vermeer, chose to imitate not Vermeer’s mature works, of which a considerable number existed, but his rather different and very rare early religious paintings, of which the first had been identified by an expert named Abraham Bredius. He accordingly submitted his first major forgery to Bredius, in the confident belief that it would fit with his preconceptions of what an early Vermeer ought to look like.  read more

You are currently browsing entries tagged with forgeries at my nerves are bad to-night.