Don Giovanni is a certain type of male homosexual. Neither extreme, Tristan or Don Giovanni, is compatible with heterosexual love 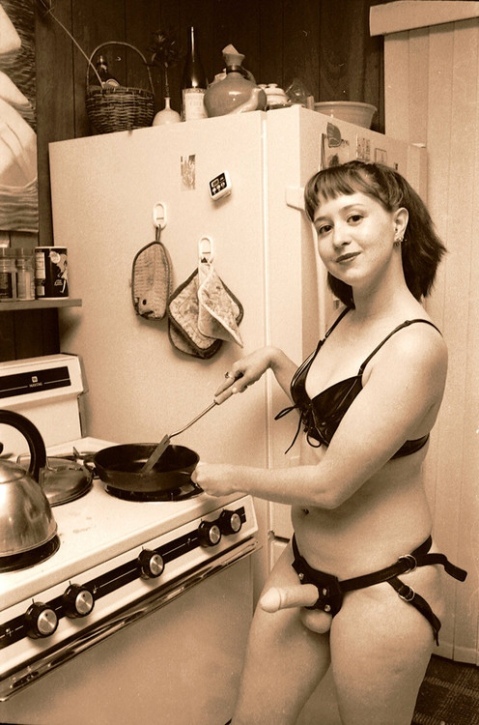 In August 2011, the Japanese company Manuscript was forced to amend the settings of its new software application, Karelog (“Boyfriend Log”), in response to consumer complaints. Drawing on GPS technology, the service allowed users to log in from a computer to track another person’s phone. In the program’s first release, these surveillance capacities also stretched to include accessing the mobile’s call history and remaining battery life. Promotional material for the product targeted anxious girlfriends wanting to know the whereabouts of partners. But within days of the campaign going public, anti-virus software giant McAfee labelled the app a “Potentially Unwanted Program.” This was because users had no way of knowing that the technology had been installed on their device or what information was being logged and sent. The problem was not so much the capacity of the application (GPS tracking is already used for caring purposes of other kinds, such as parents keeping tabs on their children). The crime was that women were encouraged to install the app without partners’ permission. The language of internet security literalised the threat that the program posed as an example of everyday spyware.

Facing the media the president of the fledgling software firm, Yoshinori Miura, admitted the product launch involved some cynicism:

We were still a largely unknown company, so I thought that we could grab attention by focusing on anti-cheating programs, but we went too far. I didn’t think we [would] get so much criticism .

The official apology also addressed the gender assumptions inherent to the application design, since its aesthetics showed clear allegiance to the established traits of Japanese kawaii, or “cute”. Still, press reports admitted that there was nothing about the technology that stopped it from being used by both genders. Steve Levenstein at Inventor Spot wrote:

it takes no knowledge of Japanese to know the pink & lacy graphics at the Karelog website are designed to attract a female demographic. If that’s not enough, check out the image of a big-eyed black kitty (with pink hair bow a la Hello Kitty) gazing longfully at her Android-phone-clutching, pants-wearing tomcat. With that said, there’s no reason why anyone of any gender can use Karelog to spy on anyone of any gender. Let the paranoia-fest begin!

While Boyfriend Log was notable for the headlines it received in English-speaking media, gendered assumptions also affected the release of similar surveillance programs in the US in recent years. iTrust, for instance, is an iPhone application that reveals whether or not a significant other has been tampering with one’s text. In contrast to Boyfriend Log, iTrust turns the tables to allow phone owners to maintain privacy. A fake “home” screen locks the cellphone while its user is absent and records any traces of interfering fingers. In the demo video for the program, a female voice-over describes a failed attempt to read her boyfriend’s text messages in a moment of boredom. Like the men offended by KareLog’s marketing, the casting of a ditzy-sounding girlfriend did not escape the notice of commenters responding to the story on industry stalwart Mashable.

Women are the investigatory agents in each of these examples, whether deliberately, in the case of KareLog, or more casually – indeed, recreationally – in the case of iTrust. The worried partner is gendered female, seen to require stability and transparency through the surveillance of her wandering male.  read more

What is’t distracts you? This is flesh and blood, sir

Look, I’m not saying that women never cheat because they feel insecure – I am 100% sure that they do. I’m not saying that some people don’t have genuine troubles that mean they could do with the help of a relationship counsellor or sex therapist. As mentioned above, there are myriad reasons why women might stray from a relationship, and I expect Robert Weiss has correctly pinpointed some of them. But are these really the most common? Is it really more likely that you have an intimacy disorder than that you like having sex?

And more importantly, where is the research that actually backs up these ’5 reasons for female infidelity’? Because as far as I can see, none of the links in the article go anywhere more substantial than a blog that’s over a year old which includes a slightly longer but no less speculative list, and a journalistic puff piece advertising a website for married people to have affairs…

Weiss’s speculation, which presents women as feeble creatures incapable of having sexual desires that aren’t motivated by a deeper emotional need, is being presented as ‘fact’, when he’s presented no evidence to back that up.

You are currently browsing entries tagged with infidelity at my nerves are bad to-night.