As I have told you about eight times 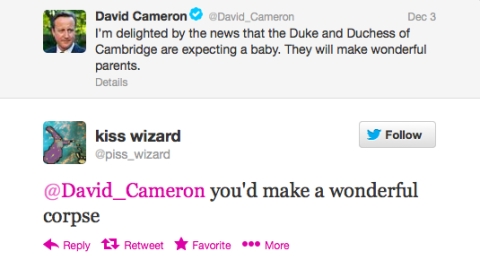 Penrose made the sensational claim that he had glimpsed a signal originating from before the Big Bang working with Vahe Gurzadyn of the Yerevan Physics Institute in Armenia. Penrose came to this conclusion after analyzing maps from the Wilkinson Anisotropy Probe.

These maps reveal the cosmic microwave background, believed to have been created just 300,000 years after the Big Bang and offering clues to the conditions at that time. Penrose’s finding runs directly counter to the widely accepted inflationary model of cosmology which states that the universe started from a point of infinite density known as the Big Bang about 13.7 billion years ago, expanded extremely rapidly for a fraction of a second and has continued to expand much more slowly ever since, during which time stars, planets and ultimately humans have emerged.

That expansion is now believed to be accelerating due to a scientific X factor called dark energy and is expected to result in a cold, uniform, featureless universe. Penrose, however, reports Physics World, takes issue with the inflationary picture “and in particular believes it cannot account for the very low entropy state in which the universe was believed to have been born – an extremely high degree of order that made complex matter possible. He does not believe that space and time came into existence at the moment of the Big Bang but that the Big Bang was in fact just one in a series of many, with each big bang marking the start of a new “aeon” in the history of the universe.”

The core concept in Penrose’s theory is the idea that in the very distant future the universe will in one sense become very similar to how it was at the Big Bang. Penrose says that “at these points the shape, or geometry, of the universe was and will be very smooth, in contrast to its current very jagged form. This continuity of shape, he maintains, will allow a transition from the end of the current aeon, when the universe will have expanded to become infinitely large, to the start of the next, when it once again becomes infinitesimally small and explodes outwards from the next big bang.

Crucially, he says, the entropy at this transition stage will be extremely low, because black holes, which destroy all information that they suck in, evaporate as the universe expands and in so doing remove entropy from the universe.”

The foundation for Penrose’s theory is found in the cosmic microwave background, the all-pervasive microwave radiation that was believed to have been created when the universe was just 300,000 years old and which tells us what conditions were like at that time. The evidence was obtained by Vahe Gurzadyan of the Yerevan Physics Institute in Armenia, who analysed seven years’ worth of microwave data from WMAP, as well as data from the BOOMERanG balloon experiment in Antarctica.

Penrose and Gurzadyan say they have clearly identified concentric circles within the data – regions in the microwave sky in which the range of the radiation’s temperature is markedly smaller than elsewhere. The Cosmic Microwave Background (CMB) radiation is the remnant heat from the Big Bang. This radiation pervades the universe and, if we could see in microwaves, it would appear as a nearly uniform glow across the entire sky.

However, when we measure this radiation very carefully we can discern extremely faint variations in the brightness from point to point across the sky, called “anisotropy”. These variations encode a great deal of information about the properties of our universe, such as its age and content. The “Wilkinson Microwave Anisotropy Probe” (WMAP) mission has measured these variations and found that the universe is 13.7 billion years old, and it consists of 4.6% atoms, 23% dark matter, and 72% dark energy.

According to Penrose and Gurzadyan, as described in arXiv: 1011.3706, these circles allow us to “see through” the Big Bang into the aeon that would have existed beforehand. They are the visible signature left in our aeon by the spherical ripples of gravitational waves that were generated when black holes collided in the previous aeon.

The “Penrose circles” pose a huge challenge to inflationary theory because this theory says that the distribution of temperature variations across the sky should be Gaussian, or random, rather than having discernable structures within it.  read more

You are currently browsing entries tagged with julian barbour at my nerves are bad to-night.