He looked as if he would murder me and he did 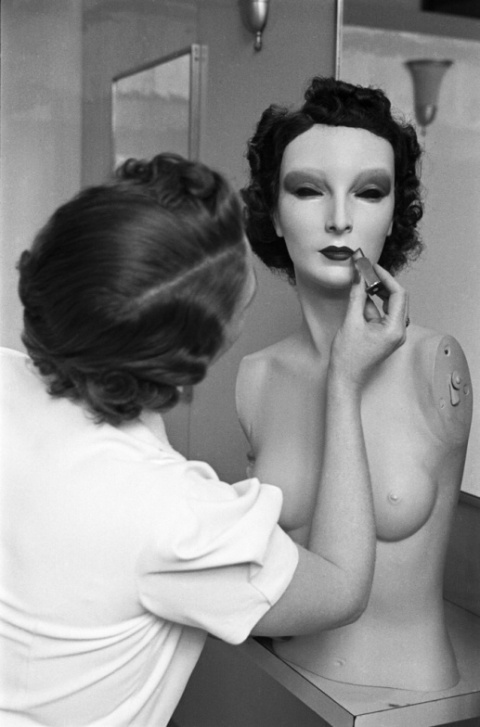 In his 1973 essay “Sex, Cinema, and The Four-and-a-Half Mat Room,” Oshima addressed the problem of text versus subtext in his critique of Japanese roman poruno (romantic-pornographic) films, which, though allegedly subversive, still insisted upon the conventional and bourgeois separation of theme and subject matter, of subtext and text:

[T]he majority of Nikkatsu’s so-called roman poruno films take sex as their subject matter but not as their theme. The themes of their most highly regarded films tend to be something like adolescent rebellion; sex is merely the seasoning. This old method has been used for a long time; it is precisely why these films are attractive to superficial critics and young film buffs.

While Oshima may be oversimplifying — there are surely examples of roman poruno whose politics are more than merely adolescent rebellion — he nevertheless sums up the hypocrisy of films that purport to be radical but in fact regurgitate a bourgeois, nonconfrontational strategy of safely burying themes, sexual or political, in subtext. But what exactly are the themes of Gohatto? Because we automatically associate Oshima with rebellious sexual politics, even in early “sun tribe” films such as Cruel Story of Youth (1960) or The Sun’s Burial (1961), we may be tempted to equate the sexual unrest of the Shinsengumi compound with the political unrest of the antifeudal rebels they must quell, or posit that Kano’s transgressions of Shinsengumi law mirror the political transgressions of the Westernized Meiji rebels who would soon topple an ever-weakening Tokugawa Shogunate. But these equations seem far too pat, and to suggest, for example, that Kano’s boyish androgyny disrupts samurai orders of masculine power is to ignore the wakashu-nenja relationship that had been an institutionalized part of samurai history…

In an earlier 1970 essay, “Mishima Yukio, the Road to Defeat of One Lacking in Political Sense,” written as a sort of ironic elegy to Mishima after his senseless seppuku, Oshima laughs about Mishima’s comment that Oshima doesn’t use “beautiful men and women in [his] films.” “This is the limitation of Mishima’s aesthetic sense,” Oshima muses. “In other words, Mishima’s aesthetic sense was extremely conventional. That is the origin of Mishima’s worship of the spurious and artificial.” But are we now supposed to worship the spurious physical beauty of Gohatto just as Mishima worshipped a spurious right-wing politics? Are we now prisoners of Gohatto’s conventionalized cinematic beauty just as Mishima was a prisoner of his own conventionally muscular body? Is Oshima now following Mishima’s dictate of using “beautiful actors,” and making films for the “superficial critics” he once loathed?  read more

You are currently browsing entries tagged with mizoguchi kenji at my nerves are bad to-night.