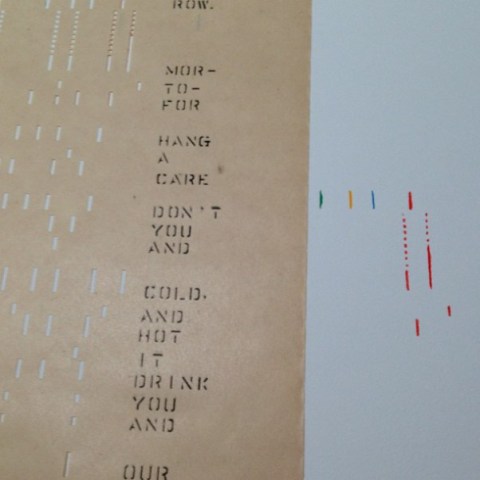 In the 150 years Samuel Clemens has been better known as Mark Twain, journalists, scholars, and even bartenders have offered competing theories as to where America’s first signature wit acquired his nom de plume. According to Twain, his pen name once belonged to a Mississippi riverboat captain, and he merely “laid violent hands upon it.” Newspapers at the time however claimed he earned his alias drinking at a one-bit saloon in Virginia City, Nevada. Both stories fit the author’s roguish persona. Both recall his bio. But neither has stood up to scholarly investigation, and the truth has been elusive until perhaps now. In the new issue of the Mark Twain Journal, a rare book dealer presents his discovery of an 1861 magazine sketch that offers the first fact-based theory on “Mark Twain”; it suggests Clemens found his pseudonym in a popular humor journal, then invented the riverboat story to promote his Missouri roots. A slightly unromantic, yet nonetheless redolent theory, it summons a lesser-known part of Twain’s personal character: his proven cunning in respect to his brand.

Kevin Mac Donnell, a book dealer and scholar in Austin, Texas, found the potential source while searching Google Books for unknown pieces of Twain’s writing. To his astonishment, one of the hits led to a mention of “Mark Twain” in the humor journal Vanity Fair — one of the author’s early influences — two years before he adopted it. In a burlesque titled “The North Star,” the sketch reports a farcical meeting of Charleston mariners who adopt a resolution “abolishing the use of the magnetic needle, because of its constancy to the north.” These characters include a “Mr. Pine Knott,” (a pun for dense wood), “Lee Scupper” (a drain), and “Mark Twain,” (shallow depth in shipboard jargon)…

It wasn’t until 1873, when the travel book The Innocents Abroad and the Western romp Roughing It made Twain a celebrity, that a theory emerged on his nom de plume. According to the Nevada Sentinel, during his “early days” as an Enterprise reporter, Clemens spent most nights drinking at the Old Corner saloon in Virginia City, a bar that “always had an account with the balance against him” tallied in chalk marks on the wall. Twain was an old-fashioned way of saying two, a usage Clemens was supposedly fond of because the article said “mark twain” was his order to mark two more on my tab: a request he allegedly became known for and attracted as a sobriquet.

This story appeared in several Western newspapers (often with liberal embellishments) despite the fact that its author’s claim of familiarity with Clemens was always dubious. The theory even appeared in the Daily Alta California — one of Twain’s former employers — at which point he responded in the following letter:

“Mark Twain” was the nom de plume of one Captain Isaiah Sellers, who used to write river news over it for the New Orleans Picayune: he died in 1863 and as he could no longer need that signature, I laid violent hands upon it without asking permission of the proprietor’s remains. That is the history of the nom de plume I bear.

Twain also used the pen names “Josh” as in just joshing and “John Snook” as in to snooker, which bears mentioning because no record of the name “Mark Twain” exists in Times Picayune archives, nor those of any newspaper in the region. Isaiah Sellers always signed his river reports “I. Sellers.” And the captain died one year after Clemens adopted that pen name, not before.

For these reasons, scholars and schoolteachers alike tend to attribute Mark Twain directly to the riverboat call for “by the mark, twain,” — or two fathoms — a depth considered safe, if just barely, to sail steamboats on the Mississippi. This is the reference Twain intended of course, even as he lent it to Captain Sellers. It nicely recalled his short career as a Mississippi steamboat pilot and evoked his Southern roots at a time when he had just begun plotting three books set in that milieu. The Adventures of Tom Sawyer, Life on the Mississippi, and The Adventures of Huckleberry Finn — Twain’s most celebrated works — all came in uninterrupted succession in the 12 years following his rebuttal of the Nevada saloon anecdote. The only other problem with Clemens’s version of events was that “mark twain” was an uncommon usage on the Mississippi. Mac Donnell, who also owns the largest private collection of Twain’s personal books and letters, notes that even in the author’s journals, “mark two” was used instead of “mark twain.”

And it begs little guessing why Clemens would prefer this narrative to the Vanity Fair source. In the context of the mariner sketch — set on the Atlantic coast — “Mark Twain” was terribly shallow.

And then there was the stigma of being associated with Vanity Fair: the fact that its contributors, the so-called “Phunny Phellows,” were, well, not funny. “By the time Twain became famous, they were going out of style pretty quick,” Mac Donnell said. A specialist in 19th century literature, he added that: “In 1873, when Clemens was challenged on the source of his pen name, he had already patented the Mark Twain scrapbook. He had already branded himself Mark Twain. He had signed book deals and established his name. He wasn’t about to go backwards into the Phunny Phellow mold.”

Twain would later admit some indebtedness to the style of Artemus Ward, Vanity Fair’s marquee writer and editor (as well as the author of the cover story for the issue with the mariner sketch). On his first tour as a humorist, Twain even told some of Ward’s jokes on stage, yet edited them out when the material fell flat. “By then, Phunny Phellow humor was stale. It was stilted. It depended on misspellings and dialect and bad puns,” Mac Donnell said.  “Slapstick is basically what it was.”

So while pilfering a dead riverboat captain’s pen name might seem like an odd thing to lie about, it beats sourcing that name to a pun by a band of washed-up writers.  read more

You are currently browsing entries tagged with mr pine knott at my nerves are bad to-night.