Misunderstood by day) its instant own translator 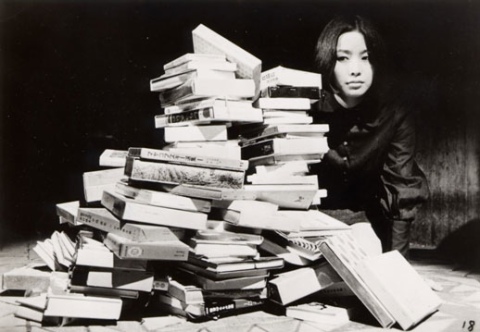 You should know that the hacker, programmer, writer and activist Aaron Swartz has died of suicide at age 26. His body was found in his apartment on Friday. Aaron was one of those preternaturally brilliant, precocious hackers who, at the age of 14, co-developed the Really Simple Syndication or RSS web protocol that is the key component of much of the web’s entire publishing infrastructure…

You should also know that at the time of his death Aaron was being prosecuted by the federal government and threatened with up to 35 years in prison and $1 million in fines for the crime of — and I’m not exaggerating here — downloading too many free articles from the online database of scholarly work JSTOR. Aaron had allegedly used a simple computer script to use MIT’s network to massively download academic articles from the database that he himself had legitimate access to, almost 5 million in all, with the intent, prosecutors alleged, of making them freely available. You should know that despite JSTOR declining to press charges or pursue prosecution, federal prosecutors dropped a staggering 13 count felony indictment on Aaron for his alleged actions.

In a statement about his death Aaron’s family and partner wrote:

“Aaron’s death is not simply a personal tragedy. It is the product of a criminal justice system rife with intimidation and prosecutorial overreach. Decisions made by officials in the Massachusetts U.S. Attorney’s office and at MIT contributed to his death.”  read more

You are currently browsing entries tagged with rss at my nerves are bad to-night.