“I often experience a kind of fear of the sky after sitting in the observing chair a long time,” he answered 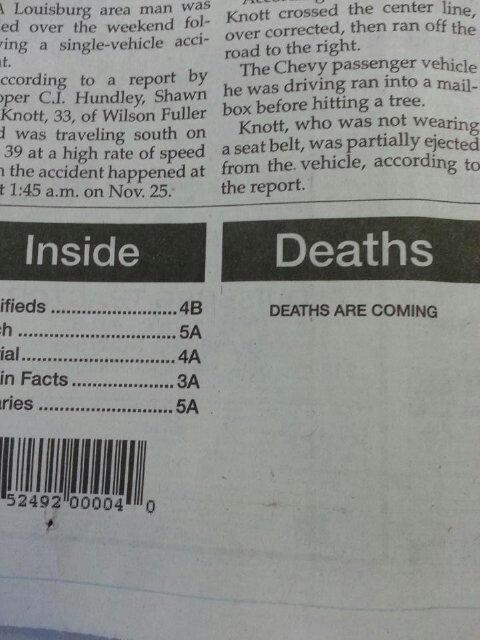 The cultural panic over reality programming faded as the genre became a permanent and profitable TV fixture. In the meantime, a relatively small group of intelligent and well-crafted television dramas, from The Sopranos to Breaking Bad, became critical darlings, arguably marking the first time the medium has surpassed mainstream American cinema as an art form.

As a result, more recent developments in reality TV, including some of the most popular cable shows of the last five years, have attracted less attention. Critics have taken note of the rise of so-called blue-collar TV—where “blue collar” means burly fishermen (Deadliest Catch) and loggers (Ax Men) risking their lives to take care of their families—and the related “redneck” subgenre, featuring, for example, Cajuns with thick accents hunting swamp alligators (Swamp People). Repo Games also follows people doing their jobs—the co-hosts are supposedly both actual repo men—but it is part of a different phenomenon: the money-crazed, market-idealizing reality show, immersed in a funhouse version of the culture of debt and credit.

Although consumer debt was holding the American economy together for decades before the recession laid it bare, these shows are a distinctly post-recession phenomenon. They thrive on foreclosed property and unpaid bills; they promote a bargain-basement ethos where everything has a price, and where discovering and comparing those prices is a source of pleasure. These shows are competitive in the way that much reality TV is, but the competitions are embedded in actual economic practice. These shows are the popular idea of the free market, writ small.

Two shows define this subgenre more than any other: Pawn Stars, which premiered on the History Channel in the summer of 2009, and A&E’s Storage Wars, launched in December 2010. These remarkably formulaic programs set viewing records on their respective channels and inspired cable TV execs to run dozens of imitators…

Watched in close succession, these cash-crazed shows reveal a number of common tropes. They portray an unforgiving social landscape, where taking risks at others’ expense is the way to get ahead. They recommend crude psychological techniques for closing the sale: trick your auction competition into dropping too much money on a bad unit, encourage people selling their goods to name a price before you do, leverage their personal problems to encourage a less-than-ideal trade, and never be afraid to get the better deal. They rely on family and childhood friends to provide some centripetal moral force and invoke “the economy” and “the times” to explain why people are willing to do what they do. They express awe in the face of old, undiscovered, and abandoned riches, and nostalgia for a simpler capitalism…

Busted-economy reality TV wouldn’t exist if it weren’t cheap to make, and it may be popular for any number of the scary-seeming reasons that reality TV in general is popular. But it also seems like a coming out for a number of predatory business practices that seem refreshingly frank in the wake of a financial crisis that people are told is too complicated for them to understand. For an audience primed on the language of individual bootstrapping and grave threats to the free market, these shows may seem practically heartwarming.  read more

You are currently browsing entries tagged with storage-unit auctions at my nerves are bad to-night.