Many readers had complimented me on the accuracy with which my book had ‘caught the period’, to which I was too grateful and too polite to respond by asking them how they could possibly know 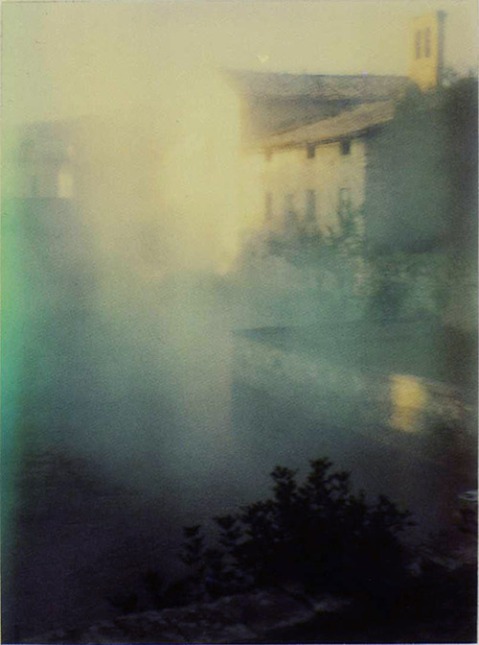 He had been at work on a house when the earthquake struck. He clung to the ground for as long as it lasted; even his lorry shook as if it was about to topple over. The drive home, along roads without traffic lights, was alarming, but the physical damage was remarkably slight: a few telegraph poles lolling at an angle, toppled garden walls. As the owner of a small building firm, no one was better equipped to deal with the practical inconveniences inflicted by an earthquake. Ono spent the next few days busying himself with camping stoves, generators and jerry cans, and paying little attention to the news.

But once television was restored it was impossible to be unaware of what had happened. Ono watched the endlessly replayed image of the explosive plume above the nuclear reactor, and the mobile phone films of the black wave crunching up ports, houses, shopping centres, cars and human figures. These were places he had known all his life, fishing towns and beaches just over the hills, an hour’s drive away. And watching their destruction produced in Ono a feeling common at that time, even among those most directly affected by displacement and bereavement. Although what had happened was undeniable – the destruction of entire towns and villages, the extinction of a multitude – it was also impossible. Impossible and, in fact, absurd. Insupportable, soul-crushing, unfathomable – but also just silly.

‘My life had returned to normal,’ he told me. ‘I had petrol, I had an electricity generator, no one I knew was dead or hurt. I hadn’t seen the tsunami myself, not with my own eyes. So I felt as if I was in a kind of dream.’

Ten days after the disaster, Ono, his wife and his widowed mother drove over the mountains to see for themselves. They left in the morning in good spirits, stopped on the way to go shopping, and reached the coast in time for lunch. For most of the journey, the scene was familiar: brown rice fields, villages of wood and tile, bridges over wide slow rivers. Once they had climbed into the hills, they passed more and more emergency vehicles, not only those of the police and fire services, but military trucks of the Japan Self-Defence Forces. As the road descended towards the coast, their jaunty mood began to evaporate. Suddenly, before they understood where they were, they had entered the tsunami zone.

There was no advance warning, no marginal area of incremental damage. The wave had come in with full force, spent itself and stopped at a point as clearly defined as the reach of a high tide. Above it, nothing had been touched; below it, everything was changed.

No still photograph was capable of describing it. Even television images failed to encompass the panoramic quality of the disaster, the sense within the plain of destruction, of being surrounded by it on all sides. In describing the landscapes of war, we often speak of ‘total’ devastation. But even the most intense aerial bombing leaves walls and foundations of burned-out buildings, as well as parks and woods, roads and tracks, fields and cemeteries. The tsunami spared nothing, and achieved feats of surreal juxtaposition that no mere explosion could match. It plucked forests up by their roots and scattered them miles inland. It peeled the macadam off the roads and cast it hither and thither in buckled ribbons. It stripped houses to their foundations, and lifted cars, lorries, ships and corpses onto the tops of tall buildings.

At this point in Ono’s narrative, he became reluctant to describe in detail what he did or where he went. ‘I saw the rubble, I saw the sea,’ he said. ‘I saw buildings damaged by the tsunami. It wasn’t just the things themselves, but the atmosphere. It was a place I used to go so often. It was such a shock to see it. And all the police and soldiers there. It’s difficult to describe. It felt dangerous. My first feeling was that this is terrible. My next thought was: “Is it real?”’

Ono, his wife and his mother sat down for dinner as usual that evening. He remembered that he drank two small cans of beer with the meal. Afterwards, and for no obvious reason, he began calling friends on his mobile phone. ‘I’d just ring and say, “Hi, how are you?” – that kind of thing,’ he told me. ‘It wasn’t that I had much to say. I don’t know why, but I was starting to feel very lonely.’

His wife had already left the house when he woke the next morning. Ono had no particular work of his own, and passed an idle day at home. His mother bustled in and out, but she seemed mysteriously upset, even angry. When his wife got back from her office, she was similarly tense. ‘Is something wrong?’ Ono asked.

‘I’m divorcing you!’ she replied.

And so his wife and mother described the events of the night before, after the round of needy phone calls. How he had jumped down on all fours and begun licking the tatami mats and futon, and squirmed on them like a beast. How at first they had nervously laughed at his tomfoolery, but then been silenced when he began snarling: ‘You must die. You must die. Everyone must die. Everything must die and be lost.’ In front of the house was an unsown field, and Ono had run out into it and rolled over and over in the mud, as if he was being tumbled by a wave, shouting: ‘There, over there! They’re all over there – look!’ Then he had stood up and walked out into the field, calling, ‘I’m coming to you. I’m coming over to that side,’ before his wife physically wrestled him back into the house. The writhing and bellowing went on all night until, around five in the morning, Ono cried out, ‘There’s something on top of me,’ collapsed, and fell asleep.

‘My wife and my mother were so anxious and upset,’ he said. ‘Of course I told them how sorry I was. But I had no memory of what I did or why.’

It went on for three nights. The next evening, as darkness fell, he saw figures walking past the house: parents and children, a group of young friends, a grandfather and a child. ‘They were covered in mud,’ he said. ‘They were no more than twenty feet away, and they stared at me, but I wasn’t afraid. I just thought, “Why are they in those muddy things? Why don’t they change their clothes? Perhaps their washing machine’s broken.” They were like people I might have known once, or seen before somewhere. The scene was flickering, like a film. But I felt perfectly normal, and I thought that they were just ordinary people.’

The next day, Ono was lethargic and inert. At night, he would lie down, sleep heavily for ten minutes, then wake up as lively and refreshed as if eight hours had passed. He staggered when he walked, glared at his wife and mother and even waved a knife. ‘Drop dead!’ he would snarl. ‘Everyone else is dead, so die!’

After three days of pleading by his family, he went to Reverend Kaneda at the temple. ‘His eyes were dull,’ Kaneda said. ‘Like a person with depression after taking their medication. I knew at a glance that something was wrong.’ Ono recounted the visit to the coast, and his wife and mother described his behaviour in the days since. ‘The Reverend was looking hard at me as I spoke,’ Ono said, ‘and in part of my mind I was saying, “Don’t look at me like that, you bastard. I hate your guts! Why are you looking at me?”’

Kaneda took Ono by the hand and led him into the main hall of the temple. ‘He told me to sit down. I was not myself. I still remember that strong feeling of resistance. But part of me was also relieved – I wanted to be helped, and to believe in the priest. The part of me that was still me wanted to be saved.’

Kaneda beat the temple drum as he chanted the Heart Sutra:

There are no yes, no ears, no nose, no tongue,
no body, mind; no colour, sound, or smell;
no taste, no touch, no thing; no realm of sight,
no realm of thoughts; no ignorance, no end
to ignorance; no old age and no death;
no end to age and death; no suffering,
nor any cause of suffering, nor end
to suffering, no path, no wisdom and no fulfilment.

Ono’s ife told him that he pressed his hands together in prayer and that as the priest’s recitation continued, they rose high above his head as if being pulled from above. The priest splashed him with holy water, and then suddenly he returned to his senses and found himself with wet hair and shirt, filled with a sensation of tranquillity and release. ‘My head was light,’ he said. ‘In a moment, the thing that had been there had gone. I felt fine physically, but my nose was blocked, as if I’d come down with a heavy cold.’

Kaneda spoke to him sternly; they both understood what had happened. ‘Ono told me that he’d walked along the beach in that devastated area, eating an ice cream,’ the priest said. ‘He even put up a sign in the car in the windscreen saying ‘disaster relief’, so that no one would stop him. He went there flippantly, without giving it any thought at all. I told him: “You fool. If you go to a place where many people have died, you must go with a feeling of respect. That’s common sense. You have suffered a kind of punishment for what you did. Something got hold of you, perhaps the dead who cannot accept yet that they are dead. They have been trying to express their regret and their resentment through you.”’ Kaneda smiled as he remembered it. ‘Mr Bean!’ he said. ‘He’s so innocent and open. That’s another reason they were able to possess him.’

Ono recognised all this, and more. It wasn’t just the spirits of men and women that had possessed him, he saw now, but also animals – cats and dogs and other beasts which had drowned with their masters.

He thanked the priest, and drove home. His nose was streaming as if with catarrh, but what came out was not mucus, but a bright pink jelly like nothing he had seen before.  read more

You are currently browsing entries tagged with swarm of ghosts at my nerves are bad to-night.