The best way to rob a bank is to own one 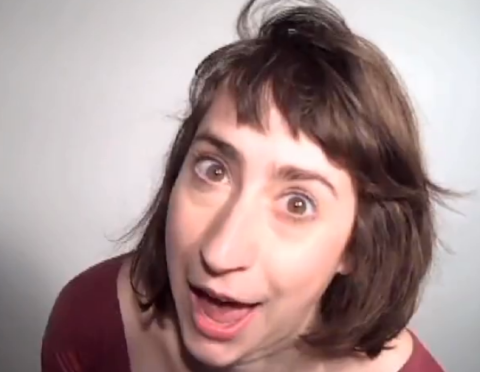 The video is credited to Kim Gordon, that hip Zelig Spike Jonze, and Richard Kern—and I am willing to bet that the black-and-white segments in which Kim Deal is bending and stretching on a palette for the delectation of a camera perched overhead are the work of Kern. (There is another version of the video, hosted on YouTube by Breeders’ label 4AD, which replaces these segments with interpolations of the band playing. Needless to say, it is not nearly so interesting.)

Kern was one of those down-and-out Manhattan decadents who, along with Lydia Lunch and Nick Zedd, banded together under the rubric of “Cinema of Transgression” in the early ‘80s, all interested in exploring the outer limits of deviant sexuality. Watching Kern and Zedd’s Thrust in Me, in which Zedd throat-fucks his own cross-dressed doppelganger, was certainly a revelation of sorts to my adolescent self when it was rented from Alexandria, Virginia’s late, lamented Video Vault.

What was so enrapturing about the “Divine Hammer” video? What made it hot in a way that, say, MTV’s “The Grind” most assuredly was not? I would venture to guess that it was something to do with a bracing “realness.” Kim Deal looked like a girl you would see around—in fact, she’s from outside Dayton, Ohio, 40 miles as the crow flies from where I grew up—and there is something incredibly intimate and playful in her limbering up, as though she’s getting ready to take somebody—Please, please me!—to the mat.

You are currently reading The best way to rob a bank is to own one at my nerves are bad to-night.