I made it like 90 minutes in, and I was all proud of myself for concentrating on nutritious, prestigious Cinema, then the third-act twist was so bonkers and implausible that I shut down my Macbook and set it on fire 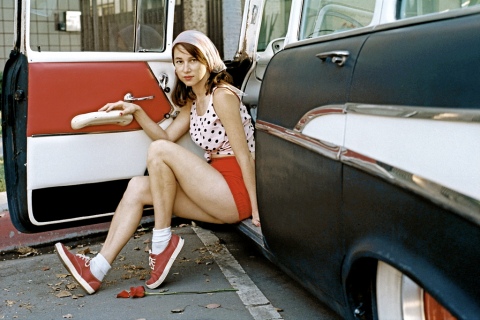 Ahmed brings up Shulamith Firestone writing about refusing to smile as a form of politics. Oh, can I quote some?

The word feminism is thus saturated with unhappiness. Feminists by declaring themselves as feminists are already read as destroying something that is thought of by others not only as being good but as the cause of happiness. The feminist killjoy “spoils” the happiness of others; she is a spoilsport because she refuses to convent, to assemble, or to meet up over happiness.

In the thick sociality of everyday spaces, feminists are thus attributed as the origin of bad feeling, as the ones who ruin the atmosphere, which is how the atmosphere might be imagined (retrospectively) as shared…

Say we are seated at the dinner table. Around this table, the family gathers, having polite conversations, where only certain things are brought up. Someone says something that you consider problematic. You respond, carefully, perhaps. You might be speaking quietly; or you might be getting ‘wound up,’ recognizing with frustration that you are being wound up by someone who is winding you up. The violence of what was said or the violence of provocation goes unnoticed. However, she speaks, the feminist is usually the one who is viewed as ‘causing the argument,’ who is disturbing the fragility of peace.

Let’s take this figure of the feminist killjoy seriously. Does the feminist kill other people’s joy by pointing out moments of sexism? Or does she expose the bad feelings that get hidden, displaced, or negated under public signs of joy? Does bad feeling enter the room when somebody expresses anger about things, or could anger be the moment when the bad feelings that circulate through objects get brought to the surface in a certain way?  read more

You are currently reading I made it like 90 minutes in, and I was all proud of myself for concentrating on nutritious, prestigious Cinema, then the third-act twist was so bonkers and implausible that I shut down my Macbook and set it on fire at my nerves are bad to-night.