Roads no longer merely lead to places; they are places 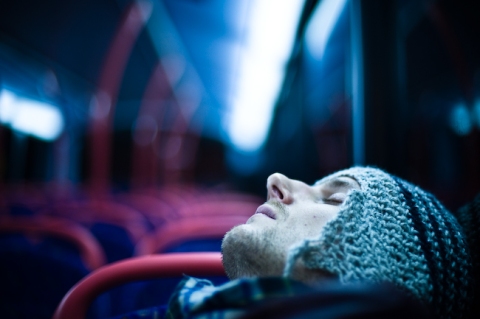 When I was 13, maybe 14, but probably thirteen, I had a conversation with an adult that changed my life, and possibly not for the better. I was asked to make decisions that I wasn’t emotionally equipped for, and which have had an impact for the rest of my life.

Choosing subjects for exams at the age of sixteen wasn’t supposed to be so stressful, but it was. I wanted to go to university and to keep a broad range of interests. My teachers wanted me out of their hair, and doubted my application, so I was channeled into non university sets, away from the sciences that fascinated me.

Now, thirty or so years on, I have a range of qualifications to post-graduate level and three jobs I adore, all the result of a decision when I was thirty to put my life to rights. If I ever ponder who I could have been if my teachers had believed in my potential it’s only in the sense of being an exploration of contingency, the way in which all our lives are shaped by  choices and coincidences whose implications we cannot understand or predict.

I did not consent to what my teachers did, and, when I bumped into one recently, he admitted they’d probably been swayed by the fact that I was a challenging kid, always ready with a sharp remark or a pointed question, and harder work than someone more compliant or focused. Being caned for referring to the school summer fair as ‘A fete worse than death’ was a highwater mark or a low point, depending on your perspective.

Our school careers fair when I was 15 was a huge moment of discontinuity in my life, I wandered round, and watched my classmates sign up to be Army apprentices, or engineering apprentices in the same factory my dad had worked in. One cheerful, red faced chap reckoned that with my enquiring mind a career as a police cadet in the Met would suit me; when I told him it had worked out well for Whispering Bob Harris he didn’t get the reference. I stood and watched my classmates sign their lives away, to go and kill for Queen and country, or to while away lives of grim desperation in the tool shop making press dies, and I walked away.

Now don’t worry dear reader, I’m not going to cheat you. In the film of my life, shot in a grim Ken Loach kind of style, Big Country’s Chance would be playing on the soundtrack as I walked down the road from the school to the cottage in the council park where I would greedily suck off a middle aged man who smelled of tobacco, stale beer and a life less interesting. It never happens that smoothly in real life. I can’t remember what I did after that careers fair, but I do know that about that time, on any given night, there was a possibility that I was to be found having sex with someone who, unlike me, was over the age of consent, whether male or female.  I also know that I knew, then, that there was something ludicrous about a society that wanted me to consent to apprentice contracts that would define my life for the foreseeable future, but wouldn’t let me consent to a fifteen minute fumble with someone grateful for my talents and even more isolated than I was.  read more

You are currently reading Roads no longer merely lead to places; they are places at my nerves are bad to-night.