My turn. Put the contraption on me, use the pump to blow it up, and get out. If you do anything else, or if you come back, I’ll never forgive you 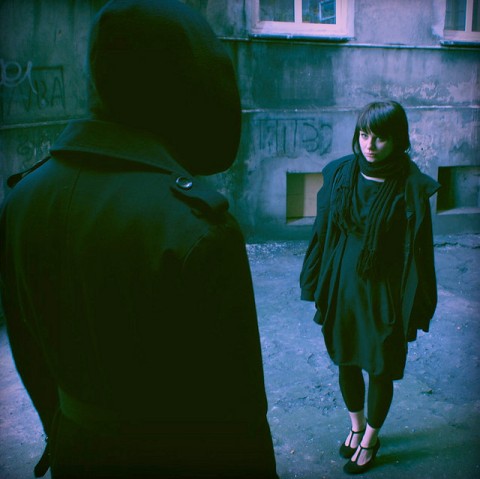 Most or many of his thirty or forty books (no one seems to know exactly how many there are) are out of print. Only his 1971 travelogue, The Inland Sea, and some of his film criticism, are read except by those with a specialist interest in Japan. ‘I wish I had an agent – I could just send it off to him or her,’ he writes in his journal in 1996, with another unpublished novel on his desk. ‘But I can’t. No agent has ever accepted me.’ A hundred pages, and seven years, later he is taking an ‘orphan manuscript’ of short stories to a vanity publisher. Both The Japan Journals and the earlier Donald Richie Reader (2001) transmit a resentment, on the part of the younger fans who have edited them, that he is not more famous and better regarded. In a self-defeating introduction to the Reader, Arturo Silva indignantly sets out the neglect suffered by his hero: ignored by ‘editors and bureaucrats’, unrecognised by the academic establishment, forced five times to rewrite a profile of Kurosawa for the New York Times magazine, only to have it spiked. ‘For all the work and decades spent on it, Richie’s view of Japan seems still to belong only to the “happy few”,’ he observes unhappily. ‘One difficulty of “placing” him is that Richie is neither an academic nor a popular writer . . . Indeed, Richie is doubly other: caught between two facing mirrors that no one bothers to look into.’ Wounded partisanship of this type leads one to suspect a straightforward explanation for his unsuccess: that Richie simply isn’t much of a writer. But is there more to it than this: a reflection of the times he has lived through; something inhospitable in the intellectual atmosphere of Tokyo itself?

No one has written with more concentration about the peculiar quality of exile enjoyed by the gaijin, the foreigner in Japan. Densely hierarchical, structured by invisible networks of deference, obligation and taboo, conventional Japanese society offers no formal place to the ‘outside person’. But this alienation is so absolute that it is experienced as something close to liberation, a stimulus to observation and analysis. ‘Japan has afforded him’ – the author – ‘a situation of writing,’ Roland Barthes wrote in Empire of Signs. This situation is ‘one in which a certain disturbance of the person occurs, a subversion of earlier readings, a shock of meaning lacerated, extenuated to the point of its irreplaceable void.’ Japan, to put it in drastically un-French terms, puts you on your mettle. It is an observation that Richie returns to again and again. ‘In Japan,’ he recorded in 1992, ‘I interpret, assess an action, infer a meaning.’

Every day, every hour, every minute. Life here means never taking life for granted, never not noticing. For me alone I wonder? I do not see how a foreigner can live here and construct that shroud of inattention, which in the land from whence he came is his natural right and his natural tomb . . . it is with this live connection that the alert foreigner here lives. The electric current is turned on during all the waking hours: he or she is always occupied in noticing, evaluating, discovering and concluding . . . It is the difference between just going to a movie and living it for a few hours, and going to the same film as a reviewer, taking notes, standing apart, criticising, knowing that I must make an accounting of it. The former is more comfortable; the latter is better.

This is indeed the excitement of life in Japan at its best, and it provides obvious opportunities for the writer. From a journal entry in 1998:

Smilingly excluded here in Japan, politely stigmatised, I can from my angle attempt only objectivity, since my subjective self will not fit the space I am allotted . . . how fortunate I am to occupy this niche with its lateral view. In America I would be denied this place. I would live on the flat surface of a plain. In Japan, from where I am sitting, the light falls just right – I can see the peaks and valleys, the crags and crevasses.

There is another lucky side effect for many expatriates: personal alienation, the inescapable sense of being different from everyone else, is cancelled out, or at least rendered invisible, by the larger, universal alienation of being a gaijin. This is the partial explanation for something else remarked on several times by Richie: as he shyly puts it, ‘the strange prevalence of people of like preferences among foreign Japanese specialists’.  read more

§ One Response to My turn. Put the contraption on me, use the pump to blow it up, and get out. If you do anything else, or if you come back, I’ll never forgive you

You are currently reading My turn. Put the contraption on me, use the pump to blow it up, and get out. If you do anything else, or if you come back, I’ll never forgive you at my nerves are bad to-night.