All that’s very well. But your idea of secrecy over there seems to consist of keeping the Home Secretary in the dark 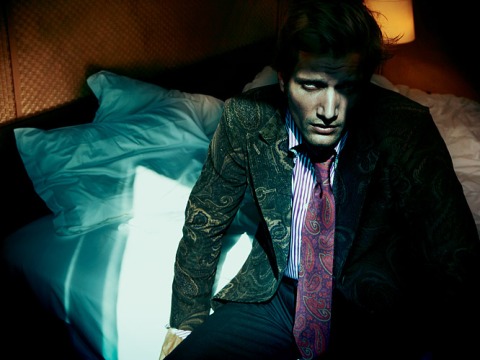 The titles were inscrutable. The volume was daunting: 512 pages in total. The claim was audacious: he said he had proved the ABC Conjecture, a famed, beguilingly simple number theory problem that had stumped mathematicians for decades.

Then Mochizuki walked away. He did not send his work to the Annals of Mathematics. Nor did he leave a message on any of the online forums frequented by mathematicians around the world. He just posted the papers, and waited.

Two days later, Jordan Ellenberg, a math professor at the University of Wisconsin-Madison, received an email alert from Google Scholar, a service which scans the Internet looking for articles on topics he has specified. On September 2, Google Scholar sent him Mochizuki’s papers: You might be interested in this.

“I was like, ‘Yes, Google, I am kind of interested in that!’” Ellenberg recalls. “I posted it on Facebook and on my blog, saying, ‘By the way, it seems like Mochizuki solved the ABC Conjecture.’”

The Internet exploded. Within days, even the mainstream media had picked up on the story. “World’s Most Complex Mathematical Theory Cracked,” announced the Telegraph. “Possible Breakthrough in ABC Conjecture,” reported the New York Times, more demurely.

On MathOverflow, an online math forum, mathematicians around the world began to debate and discuss Mochizuki’s claim. The question which quickly bubbled to the top of the forum, encouraged by the community’s “upvotes,” was simple: “Can someone briefly explain the philosophy behind his work and comment on why it might be expected to shed light on questions like the ABC conjecture?” asked Andy Putman, assistant professor at Rice University. Or, in plainer words: I don’t get it. Does anyone?

The problem, as many mathematicians were discovering when they flocked to Mochizuki’s website, was that the proof was impossible to read…

“His other papers – they’re readable, I can understand them and they’re fantastic,” says de Jong, who works in a similar field. Pacing in his office at Columbia University, de Jong shook his head as he recalled his first impression of the new papers. They were different. They were unreadable. After working in isolation for more than a decade, Mochizuki had built up a structure of mathematical language that only he could understand. To even begin to parse the four papers posted in August 2012, one would have to read through hundreds, maybe even thousands, of pages of previous work, none which had been vetted or peer-reviewed. It would take at least a year to read and understand everything. De Jong, who was about to go on sabbatical, briefly considered spending his year on Mochizuki’s papers, but when he saw height of the mountain, he quailed.

“I decided, I can’t possibly work on this. It would drive me nuts,” he said.

Soon, frustration turned into anger. Few professors were willing to directly critique a fellow mathematician, but almost every person I interviewed was quick to point out that Mochizuki was not following community standards. Usually, they said, mathematicians discuss their findings with their colleagues. Normally, they publish pre-prints to widely respected online forums. Then they submit their papers to the Annals of Mathematics, where papers are refereed by eminent mathematicians before publication. Mochizuki was bucking the trend. He was, according to his peers, “unorthodox.”

But what roused their ire most was Mochizuki’s refusal to lecture. Usually, after publication, a mathematician lectures on his papers, travelling to various universities to explain his work and answer questions from his colleagues. Mochizuki has turned down multiple invitations.  read more

You are currently reading All that’s very well. But your idea of secrecy over there seems to consist of keeping the Home Secretary in the dark at my nerves are bad to-night.