He’s a pedant, thank God. You want your liver transplant done by somebody a bit renally attentive 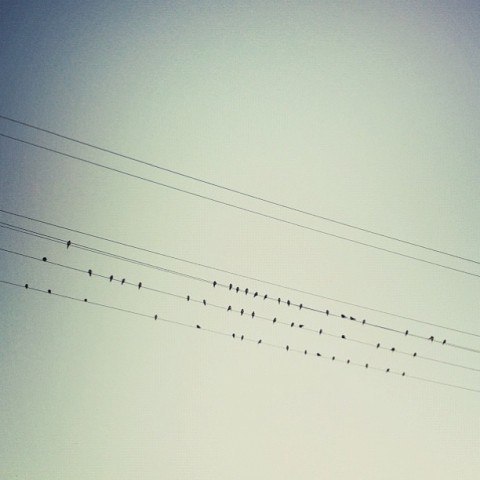 Creativity, they all tell us, is too important to be left to the creative. Our prosperity depends on it. And by dint of careful study and the hardest science — by, say, sliding a jazz pianist’s head into an MRI machine — we can crack the code of creativity and unleash its moneymaking power.

That was the ultimate lesson. That’s where the music, the theology, the physics and the ethereal water lilies were meant to direct us. Our correspondent could think of no books that tried to work the equation the other way around — holding up the invention of air conditioning or Velcro as a model for a jazz trumpeter trying to work out his solo.

And why was this worth noticing? Well, for one thing, because we’re talking about the literature of creativity, for Pete’s sake. If there is a non-fiction genre from which you have a right to expect clever prose and uncanny insight, it should be this one. So why is it so utterly consumed by formula and repetition?

What our correspondent realized, in that flash of bathtub-generated insight, was that this literature isn’t about creativity in the first place. While it reiterates a handful of well-known tales — the favorite pop stars, the favorite artists, the favorite branding successes — it routinely ignores other creative milestones that loom large in the history of human civilization. After all, some of the most consistent innovators of the modern era have also been among its biggest monsters. He thought back, in particular, to the diabolical creativity of Nazi Germany, which was the first country to use ballistic missiles, jet fighter planes, assault rifles and countless other weapons. And yet nobody wanted to add Peenemünde, where the Germans developed the V-2 rocket during the 1940s, to the glorious list of creative hothouses that includes Periclean Athens, Renaissance Florence, Belle Époque Paris and latter-day Austin, Texas. How much easier to tell us, one more time, how jazz bands work, how someone came up with the idea for the Slinky, or what shade of paint, when applied to the walls of your office, is most conducive to originality.

But as any creativity expert can tell you, no insight is an island, entire of itself. New epiphanies build on previous epiphanies, and to understand the vision that washed over our writer in the present day, we must revisit an earlier flash of insight, one that takes us back about a decade, to the year 2002. This time our future correspondent was relaxing in a different bathtub, on Chicago’s South Side, where the trains passed by in an all-day din of clanks and squeaks. While he soaked, he was reading the latest book about creativity: Richard Florida’s “The Rise of the Creative Class.”

Creativity was now the most valuable quality of all, ran Florida’s argument, “the decisive source of competitive advantage.” This made creative people into society’s “dominant class” — and companies that wished to harness their power would need to follow them wherever they went. Therefore cities and states were obliged to reconfigure themselves as havens for people of nonconformist tastes, who would then generate civic coolness via art zones, music scenes, and truckloads of authenticity. The author even invented a “Bohemian Index,” which, he claimed, revealed a strong correlation between the presence of artists and economic growth.

Every element of Florida’s argument infuriated our future correspondent. Was he suggesting planned bohemias? Built by governments? To attract businesses? It all seemed like a comic exercise in human gullibility. As it happened, our correspondent in those days spent nearly all his time with the kinds of people who fit Richard Florida’s definition of the creative class: writers, musicians, and intellectuals. And Florida seemed to be suggesting that such people were valuable mainly for their contribution to a countercultural pantomime that lured or inspired business executives.

What was really sick-making, though, was Florida’s easy assumption that creativity was a thing our society valued.  read more

§ One Response to He’s a pedant, thank God. You want your liver transplant done by somebody a bit renally attentive

You are currently reading He’s a pedant, thank God. You want your liver transplant done by somebody a bit renally attentive at my nerves are bad to-night.