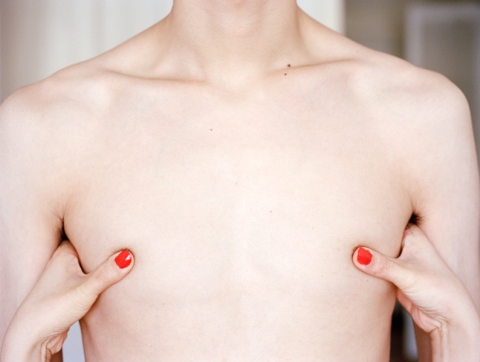 We are now in a position to demonstrate our proposition: the natural rate of interest is zero. First, to reiterate the argument thus far: Under a state money system with flexible exchange rates, the monetary system is tax driven. The federal government, as issuer of the currency, is not revenue constrained. Taxes do not finance spending, but taxation serves to create a notional demand for state money. Spending logically precedes tax collection, and total spending will normally exceed tax revenues. The government budget, from inception, will therefore normally be in deficit, which also allows the nongovernment sector to “net save” state money (this in fact has been observed in all state currencies).

The Natural Rate of Interest Is Zero
If spending is not revenue constrained, why does the government (conceived here as a consolidated Treasury and Central Bank) borrow (sell securities)? As spending logically precedes tax collection, the government must likewise spend sufficiently before it can borrow. Thus, government spending must also, as a point of logic, precede security sales. To cite a “real world” example, market participants recognize that when Treasury securities are paid for, increasing Treasury balances at the Fed, the Fed does “repos” on the same day; the Fed must “add” so the Treasury can get paid.

Since the currency issuer does not need to borrow its own money to spend, security sales, like taxes, must have some other purpose. That purpose in a typical state money system is to manage aggregate bank reserves and control short-term interest rates (over night interbank lending rate, or Fed funds rate in the United States).

In the contemporary economy, government “money” includes currency and central bank accounts known as member bank reserves. Government spending and lending adds reserves to the banking system. Government taxing and security sales drain (subtract) reserves from the banking system. When the government realizes a budget deficit, there is a net reserve add to the banking system. That is, government deficit spending results in net credits to member bank reserve accounts. If these net credits lead to excess reserve positions, overnight interest rates will be bid down by the member banks with excess reserves to the interest rate paid on reserves by the central bank (zero percent in the case of the USA and Japan, for example). If the central bank has a positive target for the overnight lending rate, either the central bank must pay interest on reserves or otherwise provide an interest-bearing alternative to non-interest-bearing reserve accounts. This is typically done by offering securities for sale in the open market to drain the excess reserves. Central Bank officials and traders recognize this as “offsetting operating factors,” since the sales are intended to offset the impact of the likes of fiscal policy, float, and so forth on reserves that would cause the Fed funds rate to move away from the Fed’s target rate.

Our main point is, in nations that include the USA, Japan, and others where interest is not paid on central bank reserves, the “penalty” for deficit spending and not issuing securities is not (apart from various self-imposed constraints) “bounced” government checks but a zero percent interbank rate, as in Japan today.

The overnight lending rate is the most important benchmark interest rate for many other important rates, including banks’ prime rates, mortgage rates, and consumer loan rates, and therefore the Fed funds rate serves as the “base rate” of interest in the economy. In a state money system with flexible exchange rates running a budget deficit—in other words, under the “normal” conditions or operations of the specified institutional context—without government intervention either to pay interest on reserves or to offer securities to drain excess reserves to actively support a nonzero, positive interest rate, thenatural or normal rate of interest of such a system is zero.

This analysis is supported by both recent research and experience.  read more

You are currently reading Nearly all of human life has always passed far from hot baths at my nerves are bad to-night.