We often hear that our ecological crisis is the result of our short-term egotism: obsessed with immediate pleasures and wealth, we forgot about the common good. However, it is here that Walter Benjamin’s notion of capitalism as religion becomes crucial: a true capitalist is not a hedonist egotist; he is, on the contrary, fanatically devoted to his task of multiplying his wealth, ready to neglect his health and happiness, not to mention the prosperity of his family and the well-being of environment, for it. There is thus no need to evoke some high-ground moralism and trash capitalist egotism. To put it in the terms of Alain Badiou: the subjectivity of capitalism is not that of the “human animal” but rather a call to subordinate egotism to the self-reproduction of the capital.

In other words, self-interested egotism is not the brutal fact of our societies but its ideology – the ideology articulated in Hegel’s The Phenomenology of Spirit under the name of “the spiritual kingdom of animals” – his phrase for the modern civil society in which human animals are caught in self-interested interaction.  read more

You say you haven’t watched the 2005 documentary “Zizek!,“ which you star in. I watched it recently. There was a scene in it that struck me. It’s when you bring the director, Astra Taylor, into your kitchen — to show her that you store your socks there.

Yes, to shock her! It was a very naive thing that happened. I had mentioned that my socks were in my kitchen. She didn’t believe me. She thought: “Oh this is one of his postmodern extravaganzas.” I wanted to say: “No, fuck you; they’re really there!”

Some idiots made a lot of another clip from the film… Remember, when I’m lying in bed naked (from the waist up only, of course) giving an interview? Some idiots asked afterwards: Oh, what was the message in that?

It was so vulgar. [The director] was screwing me all day — screwing in the sense of annoying me —  I was tired as a dog. She wanted to ask a few more questions. I said: “Listen, I will go to bed and you can shoot me for five more minutes.” That’s the origin of it.

Now, people look at it and say, “Oh what is the message that he’s half naked?” There’s no message. The message is that I was fucking tired.

But isn’t that what you do in much of your writing? Take the half-naked man on-screen and attribute meaning to his half-nakedness?

Let’s go back to the socks in the kitchen. Surely you understood that showing this to the director would contribute to her portrayal of you as a befuddled philosophe who can’t quite function in normal life?

No, no. Anyone who knows me knows that I’m a well-organized person. I’m extremely organized. Up to the minute, everything is planned. This is how I achieve so much. Quantitatively. I’m not talking about quality.

I am very well-trained. I can work everywhere. And I learned that in the army.

I may look half abandoned, it’s true. Because I find it extremely obscene to buy things for myself: like trousers, jackets and so on. All my T-shirts are presents from different colloquia. All my socks are from business-class flights. Here I totally neglect myself.

But my apartment has to be clean; I am a control freak. That is why I was disappointed when I did my military service. It wasn’t that I was a confused philosopher and I couldn’t handle the discipline. My shock was that the old Yugoslav army was, beneath the surface of order and discipline, a chaotic society where nothing functioned. I was deeply, deeply disappointed with the army for being too chaotic.

My ideal would be to live in a monastery.  read more

By a very peculiar irony, the public which demands “something new” is the very same as that which is bewildered and mocking each time someone tries to get them out of their comfortable habits and routines 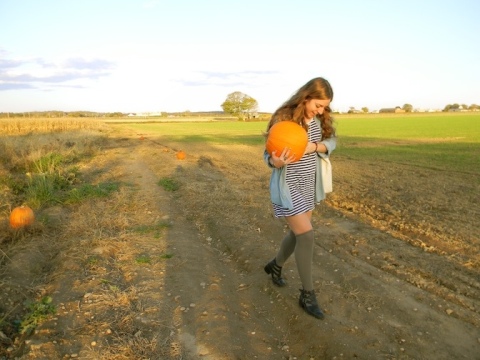 One of the researchers talked about a retired man they interviewed, and one detail she mentioned was that this man explained that he has a precise procedure for buying something online: he would find exactly six options for what he wanted to buy, and write down their names, the price and where he found them in a notepad that he keeps near his computer before choosing one.

As the researcher mentioned this, an unsettled look passed briefly across her face, a clear reaction to the arbitrariness of this man’s ritual. Why the need for exactly six options? Why have a special notepad just for writing them down? Strange details like this emerge when you watch someone use a computer, which is perfectly ordinary and unremarkable except when you actually watch the precise hand movements on the mouse or trackpad, the way they reach for a key with the “wrong” finger, or perform some task using an unexpected sequence of clicks.

Two personal examples: I constantly click on, highlight and move my mouse over the paragraph I’m reading when I’m reading on a computer; and when I’m writing, I often start a sentence by rapidly and repeatedly writing and immediately deleting the first few words as I try different ways of wording what I’m trying to say. Both of these compulsive tics have been remarked upon as strange by people watching me typing and reading, and I wasn’t even fully aware that I do these things until they had been pointed out to me.

Everyone has their own distinctive, private ways of interacting with a computer that we may not even notice ourselves, but they strongly stand out as odd or even irritating to an observer. Experiences like this are captured in the rage comic The pain of watching non-geeks use a computer…, where the observer’s agony steadily escalates as he watches a “non-geek” inefficiently use Google, and brings this passage to my mind, which is from Žižek’s Plague of Fantasies and frequently reused in his other books:

when do I effectively encounter the Other “beyond the wall of language,” in the real of his or her being? Not when I am able to describe her, not even when I learn her values, dreams, etc., but, only when I encounter the Other in her moment of jouissance: when I discern in her a tiny detail – a compulsive gesture, an excessive facial expression, a tic – which signals the intensity of the real of jouissance. This encounter of the real is always traumatic, there is something at least minimally obscene about it. I cannot simply integrate it into my universe; there is always a gap separating me from it.  read more

You are currently browsing entries tagged with slavoj žižek at my nerves are bad to-night.