He who cannot find wonder, mystery, awe, the sense of a new world and an undiscovered realm in the places by the Gray’s Inn Road will never find those secrets elsewhere, not in the heart of Africa, not in the fabled hidden cities of Tibet. “The matter of our work is everywhere present”, wrote the old alchemists, and that is the truth. All the wonders lie within a stone’s throw of King’s Cross Station 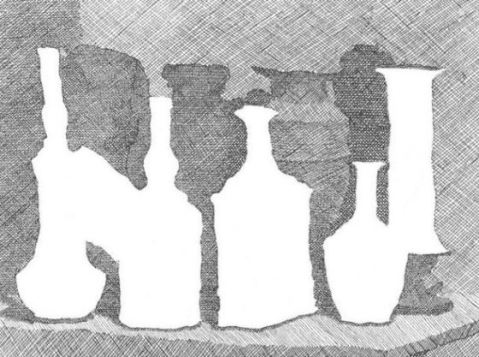 When Gould was not playing piano (or organ) he was fashioning something else—interview shows, portraits of artists, and oddities such as his arch dialogue on the dire impact of competitive sports on the world. But the peaks of Gould’s non-piano involvement with the medium were three sound documentaries, instances of what Gould called “contrapuntal radio” that were retrospectively grouped together as “The Solitude Trilogy.” The first, “The Idea of North,” was about just that, the enduring mythological significance of the Canadian North in the postwar era when its national integration was proceeding rather quickly; it first aired Dec. 28, 1967. The second, “The Latecomers,” was about the forced depopulation of Newfoundland outports as the colony became part the Canadian confederation; it aired Nov. 12, 1969. And the last, “The Quiet in the Land,” dealt with Mennonite accommodations to contemporary mass culture. It was completed in 1975, but did not air until Mar. 25, 1977. These three pieces are, by all estimates save one, fascinating, technologically adept incursions into questions of nation, sound, space, and media. The one reserved judgment belongs to Darrel Mansell who called them “uninteresting.”  He is more than balanced out by Richard Kostelanetz, who places Gould in the Text-Sound art pantheon—“a radio artist of the first rank, if not the greatest in North America.”

The standard interpretation of these pieces is biographical, and it runs more-or-less like this: After 1964, as Gould attempted to grapple with his own mediated career, he found in Canada’s national experience a collection of ready allegories. As his best biographer, Kevin Bazzana, puts it: “The train trip in The Idea of North stands in for the inward journey Gould had been taking since 1964. ‘It’s very much about me,’ he said of the program. ‘In terms of what it says, it’s about as close to an autobiographical statement as I am probably going to make at this stage of my life.’” What is more, Gould’s explorations of contemporary solitude were not only allegories of his own solitude and mediated public presence, they were original compositions, and as such they were compensation for his failure as a composer of music. Again, Bazzana: “Creating successful works in a new genre of radio art took much of the sting out of his failure as a composer.” As Kostelanetz puts it: “In 1967, Gould told me that he wanted to compose more difficult contemporary music, in the Schoenberg tradition… Whether he ever composed such music I do not know—nothing has turned up since his death in 1982. Rather, he produced these radio pieces that, let me suggest, represent the fruition of his compositional ambitions.” Radio as compensatory, allegorical autobiography.

Of course if one has put aside formal analysis, then the standard way to think about virtually all sorts of music has been through something like compensatory, allegorical autobiography. Still, Gould is an odd candidate for that convergence since his particular genius was for the strictures and systems of composers such as Bach and Schoenberg, what he would call a kind of “puzzle solving.” One can persist in regarding form a stalking horse for psychic torment, but whatever the source of Gould’s interest in form, he was, indeed, interested in form. For us, then, that translates into a need to explain allegoresis itself. More simply: why do Gould’s documentaries have a contrapuntal form? Needless to say, I don’t think that this is a biographical question but something like an aesthetic question, and to begin to answer it, I will turn to a shorter piece that is often left out of the Gould radio documentary canon, “The Search for Pet Clark,” a 23 minute essay that first aired Dec. 11, 1967, two and half weeks before The Idea of North. “Pet Clark” is a rehearsal of the great Gouldian themes—mobility, documentary, solitude, mediation—in a far more explicitly autobiographical vein. Those open commitments help us resist the temptation to see Gould’s radio career as a sustained yet unconscious effort to manifest his own unspoken self-involvements. Instead, we will catch Gould at a moment when his commitment to allegory will be raw.

“Pet Clark” is also technologically raw. Gould’s plunge into documentary making resulted in dramatic leaps forward in complexity; he built his later pieces at the very limits of what the CBC studio was then capable of. “Pet Clark,” in contrast, is utterly conventional.  read more

You are currently reading He who cannot find wonder, mystery, awe, the sense of a new world and an undiscovered realm in the places by the Gray’s Inn Road will never find those secrets elsewhere, not in the heart of Africa, not in the fabled hidden cities of Tibet. “The matter of our work is everywhere present”, wrote the old alchemists, and that is the truth. All the wonders lie within a stone’s throw of King’s Cross Station at my nerves are bad to-night.