Alice who? Her name is Renee. If she told you her name was Alice she’s lying. And your name? What the fuck is your name? 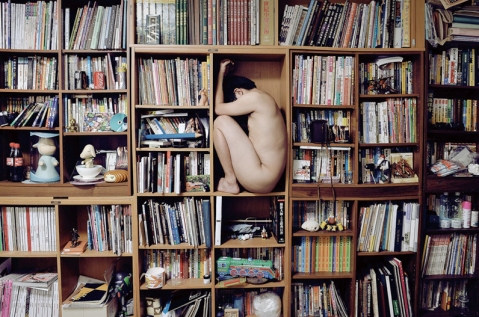 I have the same complaint: Mezzoforte was gesture… gesturized if they did this-this-this. I wanted it. I saw it very abstract. It didn’t happen that way… I had an idea. Actually the idea was suggested by the cellist. Well, he would say to the fellows, “Why don’t we just vibrate the first note and then do the other?” So just the whole idea of the vibrating gave it to him. So I spoke to my friend this morning on the phone and I said, “I think you should find a way to notate that vibrating and then not vibrating.” I said, “It might look as an affectation to other people,” I said, “but find a way to write it down. I think that’s exactly what you want, because I’m gonna change my score. It’s the only thing I’m gonna change in my score. The how to notate this, and I’m gonna use it now until the last days of my life.” I like that, and that was the problem. It wasn’t some kind of idea I had of mezzoforte-piano. It was a performance problem that I wasn’t in tune with. So Boulez, myself, whoever – Morton Subotnik – so much of our musical background and thinking came from various backgrounds and attitudes about performing. OK.

Which we’re getting in a convoluted way… But if this lecture was six hours my remarks would not be considered convoluted, but say, truths like Proust. Yeah, like Proust goes and talks a little bit. And that’s in a sense what happened to my String Quartet. I never have a plan in my idea, on my mind. I don’t like commissioned pieces. I don’t like to even know – never mind do I wanna call things something – I don’t want to even know that I’m writing for something. I kid myself I’m writing for something. And so for the past thirty years, even though I’m writing a piano piece, I start the same goddamn way, the same
goddamn way. I start on the same paper. And when you look through – any future historians of my music – it’s gonna be, every page written since 1958 looks exactly the same.  read more

You are currently reading Alice who? Her name is Renee. If she told you her name was Alice she’s lying. And your name? What the fuck is your name? at my nerves are bad to-night.